Good morning. One reader asked why it seemed like Eastman may put their next methanolysis site outside of Houston—to be clear, it's not a set thing—they just filed for a tax break in the region. They'll file for similar tax breaks elsewhere before committing to anything.

From the condenser:
· Indorama's one-step MTBE
· Albemarle and lithium hydroxide in the US
· MOTD: cyclohexane

Indorama's one-step MTBE is headed to China
Thailand-based chemical company, Indorama, has announced that it will be providing Binhua with the process technology for a new propylene oxide (PO), tert-butyl alcohol (TBA), and methyl tert-butyl ether (MTBE) plant in Shandong, China.

The background you need:
Don't get distracted—PO is the star of the show here. Indorama's process just makes TBA as a co-product, and then consumes some of the TBA to make MTBE. The core PO/TBA process was first developed in the late 1960s and is just one of many different ways to make PO. This upcoming site is special because it will be the first to make MTBE with Indorama's patented single-step reaction. If you want more context this might be helpful.

So, what's the plan?
The new plant will be integrated with a much larger complex that already makes propylene and isobutane (those are the feedstocks for the PO/TBA process). Most of that PO will probably be used to make polyether polyols (which are used to make polyurethanes) and most of the TBA will be used to make MTBE (which is used as a gasoline oxygenate).

Zooming out:
It's not easy to make PO without also making some co-products, and co-products are usually a pain to deal with. That's because the additional supply is built at that fixed ratio, and the supply needed to satisfy demand is rarely at that same ratio. That's why so many companies have been working on co-product-free processes. In any case, the feedstocks for the PO/TBA process are already at Binhua's site, so they're inclined to use them. It's sort of like making a surprisingly good dinner with whatever ingredients you were able to find in your house.

Albemarle might make more lithium hydroxide
US-based specialty chemicals company, Albemarle, announced at a conference earlier this week that they plan on building a lithium hydroxide plant in the US Southeast.

Some context:
When you hear "lithium hydroxide" (or "lithium carbonate"), you should immediately think about cathodes. That's because those lithium compounds are typically mixed with metal oxide powders to make cathode active materials (CAM). Those CAMs are then used to make cathodes, which are rolled into lithium-ion electrochemical cells, which make up the battery packs powering electric vehicles (EVs).

The details:
We don't have a ton of details quite yet. We just know they hope to reopen their old mine in North Carolina to feed a 110,000 ton per year lithium hydroxide plant nearby. The plant will probably extract lithium from spodumene ore (a lithium-containing mineral found in pegmatite rock) via the sulfuric acid process making lithium hydroxide and sodium sulfate in the process (here's the process flow diagram for a similar site).

Bigger picture:
Back in the 1980s, the US dominated the global production of lithium. But then the pressure to make nuclear weapons subsided, lower-cost brine production methods were introduced in Chile and Australia, and China developed their electronics industry. This time the EV-effect will be what changes the dynamic.

Today's MOTD is worth telling your friends about, it's cyclohexane.

This molecule is the one responsible for making you draw that weird chair confirmation thing in organic chemistry. Cyclohexane, unlike its resonant cousin benzene, was first produced by synthesis (as it wasn't found naturally occuring in coal). Today, the world produces cyclohexane by hydrogenating benzene in the presence of the same catalyst Murray Raney used to hydrogenate vegetable oils in the 1920s.

The cyclohexane market is fairly fragmented—the main producers don't produce much more than the minor producers. In any case, the companies producing cyclohexane are typically those who produce benzene or those nylon precursors. Think of BASF, CP Chem, and ExxonMobil. 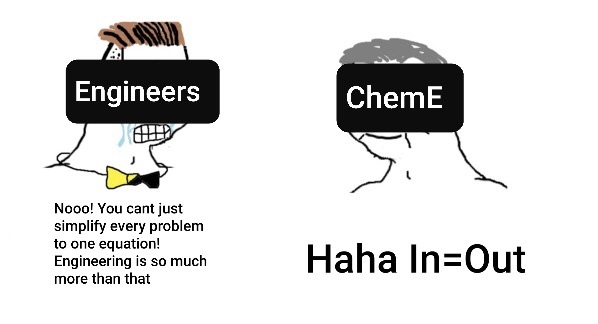